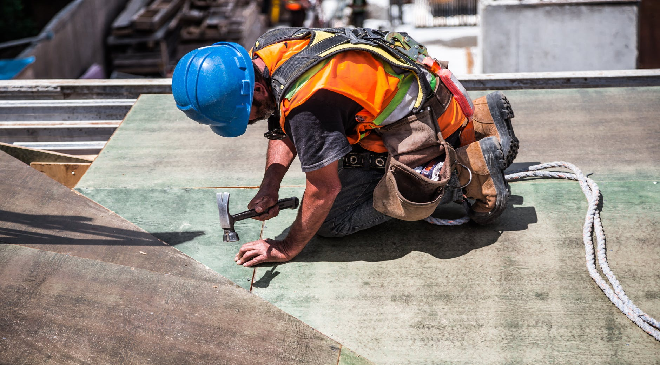 Employment has hit its highest rate since World War Two, with official figures showing there are now 2.7million people in work

The recent employment boom has been a blessing for those in the construction industry, new figures have revealed, followed closely by hotel, restaurant, shop and IT workers.

An average of 1,000 people are getting back into work each day as the employment rate hits the highest level since World War Two. Staggering numbers of women and under-16s are joining the world of work as the jobs market defies Brexit chaos.

Over 350 jobs a day on average have been created in IT and business services and 230 a day in hospitality since this time last year.

Jobs minister Alok Sharma told The Sun on Sunday: “The number of people as bosses across the country invest in the Great British workforce.

“And that’s not just the case in a few industries. From builders and carpenters, to chefs and computer scientists, Britain’s skills are in demand.

“As we confidently prepare for the UK’s future outside the EU, its once again heartening to see the bedrock of our economy in full-time, permanent jobs offering opportunity to people across the UK.”

The latest figures also show that around three quarters of the new jobs since 2010 are in full-time, permanent work – an absolute victory for the UK jobs market. Additionally, the jobs created over the last eight years have predominantly been in higher skilled work, meaning better pay packets for people across the country.

Thanks to more flexible working options, women are benefiting too, with 246,000 more women in work last year, compared with 226,000 men.