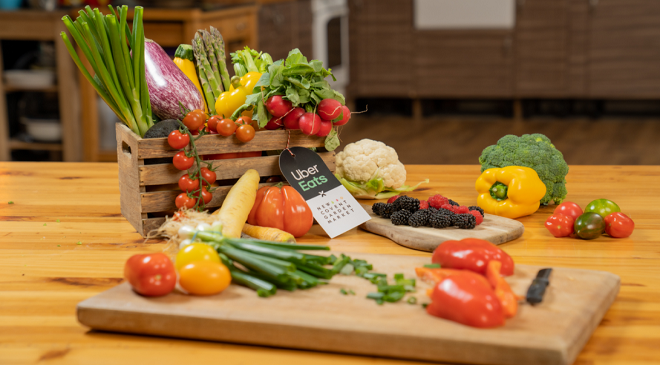 A range of nutritious produce boxes directly from wholesalers will soon be available through the Uber Eats app, thanks to a partnership with New Covent Garden Market.

The announcement comes in light of new research revealing that 1 in 5 Brits (21%) have consumed more healthy foods during lockdown than they would have previously, 18% are being more experimental and 61% of the nation would like to broaden their horizons by trying exotic fruit and vegetables.

The average person eats around four different varieties of fruit and vegetables a day; yet during the lockdown period, the number of veg boxes consumed has more than doubled.

All produce boxes will include information outlining where the fresh produce has come from, alongside serving suggestions to help the public gain a better understanding of their food.

The partnership also hopes to support farmers and independent suppliers, bringing seasonal and fresh produce directly to customers, to meet the rise in demand.

The range of New Covent Garden Market produce boxes will be available to order in London on 13th May for £10, via the Uber Eats app, whilst stocks last. Boxes include:

“We want to do what we can to feed Brits newfound interest in fruit and vegetables. Now everyone can order fresh and healthy produce from the New Covent Garden Market to be delivered directly to their doorstep.”

“New Covent Garden Market’s traders provide exceptional quality fruit and vegetables, both British and from further afield, which typically gets served everywhere from high end restaurants to schools. Since lockdown started and restaurants closed, a number of our traders have launched produce delivery boxes direct to the public and we’re thrilled to be making three of these available through Uber Eats for the first time.”

The Uber Eats app remains open in more than 100 towns and cities across the UK, offering a delicious variety of meals.

Uber Eats has introduced measures to help ensure that every courier can access the PPE they need for free to deliver safely with Uber Eats. As well as providing free sanitising products, Uber Eats is providing couriers with over one million free masks.