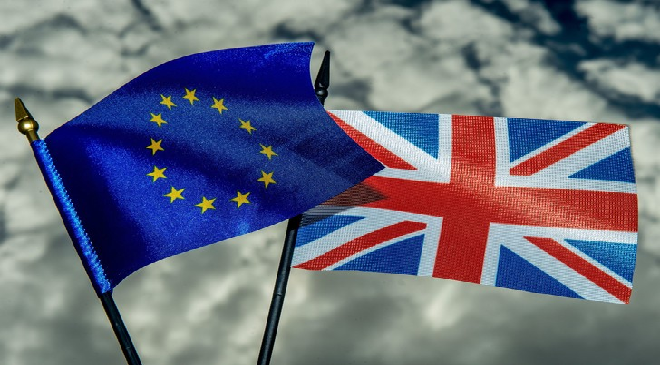 Britain’s unilateral decision to shelve the next phase of Northern Ireland border checks has left the EU threatening legal action, while a new ParcelHero report reveals UK e-commerce stores face a 35% drop in sales of products sourced outside the UK.

The international delivery specialist ParcelHero says the Government’s Brexit plans are in crisis. It warns Brexit is likely to cost UK traders £5.25bn in lost revenues and increased costs.

ParcelHero is also cautioning that businesses could face further disruption as the European Union (EU) prepares to sue the UK over its unilateral decision last week to extend the grace period covering new checks on parcels and food shipments to Northern Ireland. The European Parliament has also postponed setting a date to ratify the Brexit trade deal, with some leading MEPs warning it may never be passed if the UK continues to make up its own rules.

‘ParcelHero’s latest Brexit Study: The £5.25bn Brexit Crisis that Continues to Escalate reveals just how great the impact of Brexit may be on UK traders and the damage that could be created by the unravelling of Northern Ireland customs plans.

‘The Government’s Brexit rollout is going to hell in a handcart. The Prime Minister must return to the negotiating table to sort out the escalating issues facing the UK’s beleaguered retailers.

‘ParcelHero’s new report reveals that the crisis around “proof of origin” – where exactly an item was made and sourced – means 35% of UK retailers and traders importing from the EU are experiencing major problems. As the crisis unfolds, it’s likely we will see a corresponding 35% drop in e-commerce imports, which will cost UK importers £5.25bn in higher prices on goods, lost sales and border fees.

‘To add to Britain’s Brexit woes, the Government is now facing legal action by the EU after it unilaterally decided last week to extend the grace period on parcel checks and agri-foods at Northern Ireland borders until October. Under the terms of the Northern Ireland Protocol, the region remains a part of the EU’s single market for goods. Parcels arriving from Great Britain were due to undergo EU import procedures from 1 April.

‘Last month, ParcelHero warned that delays and red tape on goods sent between the UK and Northern Ireland were set to increase significantly, following the failure of a key UK-EU meeting. We called for the Government to do everything in its power to renegotiate some of the terms of the new Protocol. Clearly, the introduction of new checks and potential tariffs on parcels sent within the UK itself is ludicrous. What we did not envisage was that the Government would simply kick the problem into the long grass, without even agreeing to a delay with our EU trading partners.

‘The EU’s Chief Brexit negotiator, Maroš Šefčovič, has now told the Financial Times that “infringement proceedings” are being prepared and are “coming to our table very soon.”

‘The EU could now take the UK to the European Court of Justice or push for arbitration under the terms of the EU-UK trade deal. Either action will do little to smooth the increasingly testy relations between Britain and Europe.

‘In the case of both EU-UK e-commerce imports and Great Britain-Northern Ireland parcel shipments, the big problem is new tariffs on products originating outside the EU or UK. Clothing valued at over £135 is likely to incur tariffs of around 12%, for example. This is certainly not free trade. Axing this requirement would eliminate the need for checks on the majority of parcels and resolve most of the areas of disagreement between Britain and the EU.

‘See ParcelHero’s new study on the £5.25bn hole for EU-UK e-commerce and the escalating Northern Ireland trade crisis at:   https://www.parcelhero.com/research/brexit-study