Consumer spending fell 13.8 per cent in February as lockdown continued, yet some sectors saw record growth 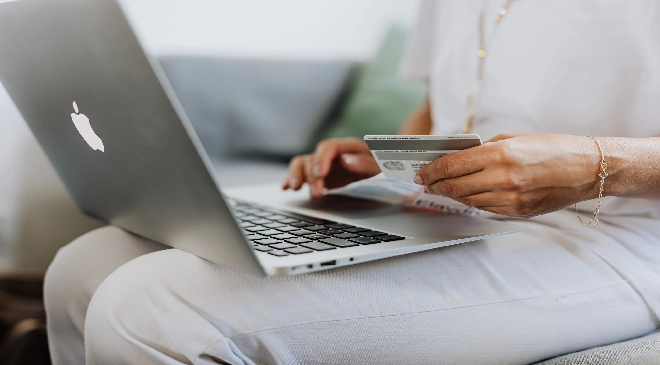 Consumer spending fell 13.8 per cent year-on-year in February as lockdown restrictions continued, yet some sectors saw record growth as the first signs of spring lifted the nation’s spirits.

Data from Barclaycard, which sees nearly half of the nation’s credit and debit card transactions, reveals that spending on essential items grew 5.3 per cent. Boosted by food and drink specialist stores – including butchers, greengrocers, fresh food box and meal-kit services – the category saw record growth of 63.3 per cent, 7.5 per cent higher than reported in January.

Supermarket expenditure was up 17.4 per cent overall, with online grocery spend surging 115.2 per cent as many Brits continued to rely on home deliveries for food shopping. Fuel spend, however, declined 30.2 per cent, as travel restrictions and working from home kept commuters off the roads.

As much of the high-street remained closed, spending on non-essential items declined 22.1 per cent year-on-year. The hospitality and leisure sector also had another challenging month, with overall spend down 68.9 per cent compared to February 2020. Within this category, pubs and bars saw a 95.7 per cent decline, while spending at restaurants fell 84.6 per cent.

Spending at discount stores was a bright spot however, up 32.3 per cent, as over half (56 per cent) of Brits say they’ve become more careful to seek out value in the purchases they make.

In an ongoing lockdown trend, spending on digital subscriptions and takeaways rose 42.6 per cent and 30.0 per cent respectively, as couples celebrated Valentine’s Day with date nights at home and a fifth (20 per cent) enjoyed a takeaway to mark the occasion.

With spring approaching, home improvement and DIY spend saw a 10.3 per cent increase as nearly a third (32 per cent) of consumers say they are looking forward to ‘spring cleaning’ and sprucing up their homes. Furthermore, furniture stores saw a smaller year-on-year decline in February than in January (-4.5 per cent, compared to -14.6 per cent). This comes as 35 per cent of those wanting to spend more on spring cleaning say they’re planning to purchase furnishings to redecorate or update a room.

Online retailers continued to see strong growth, with online sales accounting for 53.7 per cent of all retail spend in February. Spending at online general retailers, such as online marketplaces and catalogue shops increased 100.0 per cent, while online specialist retailers – including florists and jewellery stores – saw 95.9 per cent growth, as Brits bought presents for Valentine’s Day and lockdown pick-me-ups. Indeed, almost a quarter (23 per cent) said they are more willing to spend on treats for themselves and family compared to last month.

Confidence in household finances held up at 68 per cent, with more than two fifths (42 per cent) of consumers saying they have saved more money than usual since the pandemic began. However, many are already thinking about where to spend their savings, with a fifth (20 per cent) of those who have saved more than normal saying they will take a big holiday with the extra money they have saved and 13 per cent are planning to treat themselves to something nice. Meanwhile, confidence in the wider UK economy rose 4.0 per cent from last month to its highest point in the past 12 months (28 per cent).

Raheel Ahmed, Head of Consumer Products, said: “Despite a very challenging environment, it’s inspiring to see many retailers remaining resilient and doing what they can to maximise online sales while physical stores remain closed. In addition, as we all spend more time at home, we’ve seen home subscription services, fresh food boxes and meal-kit services become a popular mainstay of life in lockdown.

“The start of Spring, the Government’s roadmap out of lockdown, the vaccine roll-out and the extension to the stamp duty holiday are contributing to a lift in the nation’s spirits. With consumers generally feeling more optimistic, there is a strong indication of a more prosperous period to come as the long-awaited recovery and life after lockdown begins.”