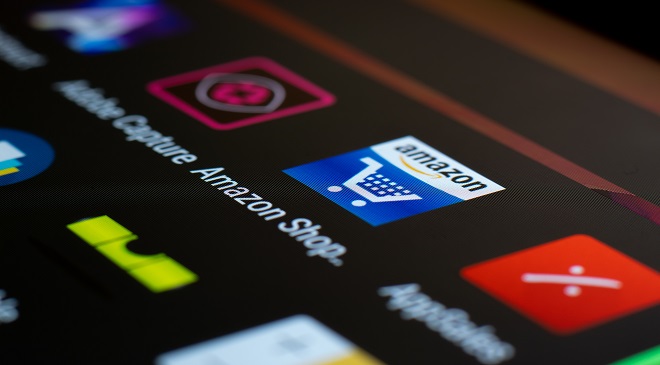 The US Government has taken an important step towards ending ‘big tech’ firms’ monopolies. Six new bills could result in Amazon being forced to sell off its logistics arm and AWS services, while Facebook would have to part with Instagram and WhatsApp.

Controversial plans to break up ‘big tech’ monopolies, which could force e-commerce giants to sell off services such as Amazon Logistics, Google Maps, YouTube and WhatsApp, have been given the green light.

The international delivery expert ParcelHero says: ‘The US Government’s House Judiciary Committee has voted to approve a radical package of new bills that could result in Amazon splitting off Amazon Logistics and Amazon Web Services (AWS). Their vote could also lead to Facebook having to sell Instagram, as well as less controversial measures, such as banning online marketplaces from favouring their own products and services.’

ParcelHero’s Head of Consumer Research, David Jinks M.I.L.T., says: ‘Six radical new bills were approved by the Judiciary Committee in this week’s marathon session. These could result in a ban on any big tech takeovers and, according to industry organisations, stop Google from displaying YouTube videos in search results and prohibit Instagram stories from Facebook’s news feed.

‘Now that the bills have been approved by the Judiciary Committee, they will progress to the House of Representatives. Make no mistake – the proposals that are being pushed through are significant. Of course, some e-commerce giants have been guilty of poor practices, such as lowering prices to disadvantage smaller rivals, promoting their own products over competitors and even preventing competitors from using their services entirely. Any legislation that ends these abuses is welcome but it’s very important that, in their enthusiasm for reform, US politicians don’t throw the baby out with the bathwater.

‘For example, Bloomberg’s analysis of the legislation reveals Amazon could be forced to sell its valuable Logistics services division, which is the network of warehouses and delivery hubs that power quick delivery of online orders. Indeed, a spokesperson for Congresswoman Pramila Jayapal, who proposed the Ending Platform Monopolies bill, goes further, saying it also has Fulfilment by Amazon (FBA) in its sights. The spokesperson says the bill will force “…dominant platforms including Amazon to divest lines of business – such as FBA – where the platform’s gatekeeper power allows it to favour its own services. Numerous third-party sellers reported feeling that they had no choice but to pay for FBA in order to sell their products.”

‘Other e-commerce giants are also in the firing line. A letter written to the Committee by a group of industry organisations – including the Consumer Technology Association Developers Alliance as well as the Information Technology and Innovation Foundation – warns the new laws will:  “…ban Google from displaying YouTube videos in search results; ban Alexa users from ordering goods from Amazon; block Apple from preinstalling ‘Find My Phone’ and iCloud on the iPhone; ban Xbox’s Games Store from coming with the Xbox; and ban Instagram stories from Facebook’s news feed.”

‘The letter also warns: “Rep. Jayapal’s bill would force free apps like Google Maps, YouTube, WhatsApp, Instagram, LinkedIn, iMessage, and FaceTime to be divested from their parent companies, putting at risk these free services and making them less accessible to the public.”

‘In 2015, ParcelHero published an in-depth look at the growth of Amazon and predicted that a global roll-out of Amazon’s then-new logistics service was inevitable, as it would save the company millions in the UK and billions worldwide. Today, Amazon Logistics is a vital tool in fulfilling same-day and next-day orders. If the Monopolies bill passes into law, it would roll back these changes and seriously impact on Amazon’s supply chain and home deliveries.

‘To find out more about ParcelHero’s predictions for Amazon’s future, you can still see our original report at: https://www.parcelhero.com/blog/news-updates/amazons-prime-ambition-parcelhero-industry-report-2