Millions of garden plants set to be binned 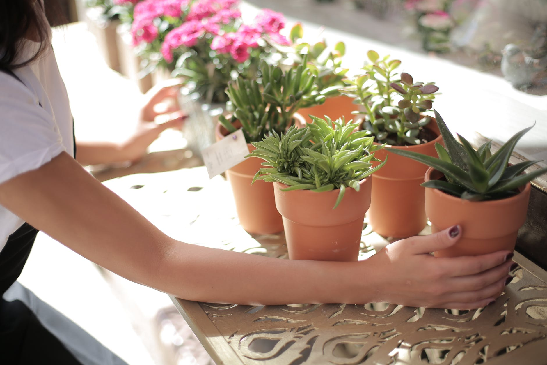 Millions of plants, shrubs and trees could be binned in the coming days and weeks, meaning ruin for UK growers.

The closure of 2,000 garden centres and nurseries mean makers of what’s called “ornamental horticulture” have no outlet for their plants.

The Horticultural Trades Association (HTA) is asking the government for financial assistance of up to £250m to help the industry avoid collapse.

It warned that up to a third of producers could go bust.

Ornamental plant growers’ main assets are their inventory of plants – and they are facing a loss of nearly their entire 2020 income, according to the HTA.

As one grower put it: “My car dealer down the road is shut. However painful that will be – they will still have all their vehicles.

“At roughly the same value, in three months’ time, if I’m a nursery producing seasonal plants it will be nil.”

The government recently banned all “non-essential” retail in the UK, to try to stop the spread of Covid-19.

James Barnes, who chairs the HTA, told the BBC’s Today programme that the industry had “hit a perfect storm”.

“Growers will have spent the last three or four months building up supplies which they can’t sell and all of this stock is perishable,” he said.

“If they can’t sell it, it can’t get to the end user, it can’t get in the ground, then it has to be written off. They’ll have to be literally thrown away.”

Mr Barnes said the HTA was trying to persuade the government to bring in a scrappage scheme for plants that would provide specific assistance to growers.

‘Cancellations came in from everywhere’

The closure of garden centres due to the pandemic comes at the worst possible moment for producers like Neil Alcock – the beginning of the peak March to July gardening season.

He’s the managing director of Seiont Nurseries in north Wales, which grows and supplies young plants to the retail supply chain.

He told BBC Breakfast: “This should be our busiest time of year. Last week in fact, we should have had the busiest in our entire history – but that’s when the coronavirus kicked in.

“We had sold thousands of plants, but then cancellations came in from everywhere. No ifs, no buts, the whole retail supply chain stopped for us.”

Neil said that the firm had seen a downturn costing them about £100,000 worth of orders.

The value of stock during this key trading period is typically three to four times the year-end value of most businesses.

This is the period at which they are most extended financially and feel unwilling, or unable, to take on additional debt available through government schemes that offer guarantees to lenders but not borrowers.

Online sales are not the answer, according to industry leaders who say that there is not enough delivery capacity to even make a dent in the stranded inventory belonging to UK growers.

The HTA told the BBC that “the seasonality of the garden industry and the perishable nature” of many plants puts the UK industry in a difficult position.

There are about 23 million gardeners in the UK, and at a time when many people are spending more time in their gardens (for those lucky enough to have one), there is a very real prospect that the country’s gardens and villages will fail to bloom in the months ahead.

Without assistance, it’s not just the plants that may wither and die. Large parts of the gardening industry may do the same.