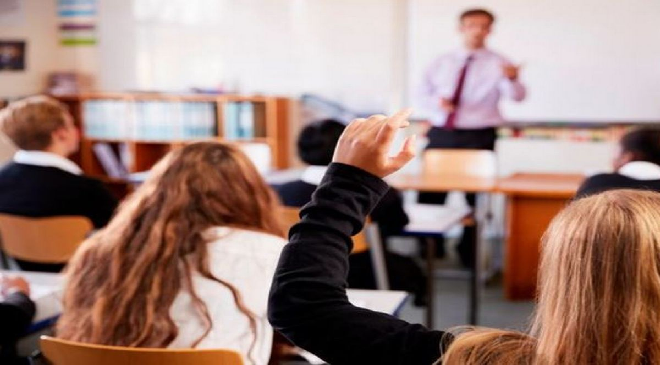 This will be the first step towards reversing budget cuts and returning school funding to pre-austerity levels.

The announcement follows last week’s unveiling of a three-year plan to boost school funding by £7.1bn by 2022-23

School leaders have raised concerns about relying on a funding plan that will take three years at a time of such political and economic volatility.

The chancellor told the House of Commons putting more money into schools was investing in “lifelines of opportunity”.

When it was outlined last week, the Institute for Fiscal Studies said the full three-year funding package would be sufficient to reverse the budget reductions of the past decade.

Mr Javid said improving school funding was vital to “national renewal” and schools that had been underfunded would receive the biggest increases.

His plans will mean:

The promise of more money for schools follows a long-running campaign over cash shortages – with head teachers writing to millions of parents about budget problems.

Along with supporting the NHS and increasing police numbers, school funding has been seen by the government as a priority for the public.

The extra cash announced by the chancellor will deliver a real-terms increase.

The £2.6bn for the first year includes about £1.8bn in additional money, above the increase that would have been in the pipeline from rising pupil numbers and inflation.

And the government has separately committed to spending an extra £1.5bn per year to cover the rising costs of school staff pensions.

For the third year of the package – the £7.1bn increase – this will be worth £4.6bn extra after inflation is taken into account.

Jules White, the West Sussex head teacher who has organised a campaign involving thousands of schools, described the funding increase as a “welcome step in the right direction”.

But, he said, the initial £2.6bn announced would still leave “some way to go” before pre-austerity spending levels were reached.

“At a time of deep political uncertainty, relentlessly reasonable head teachers will monitor the situation and take time to consider our next steps,” he said.

Paul Whiteman, leader of the National Association of Head Teachers, said: “We’ve won the argument that the Treasury needed to come up with new money.

“The government has made a significant stride in the right direction and the money that’s been announced is good news – but we’re not there yet and we can see where some of the gaps still remain.”

Kevin Courtney, joint leader of the National Education Union, said the funding promises “go some way towards closing the gap, but are still significantly short of what is required”.

Labour’s shadow education secretary, Angela Rayner, had rejected the three-year funding plan as a “con trick” that would still leave schools waiting years for funding they needed straight away.