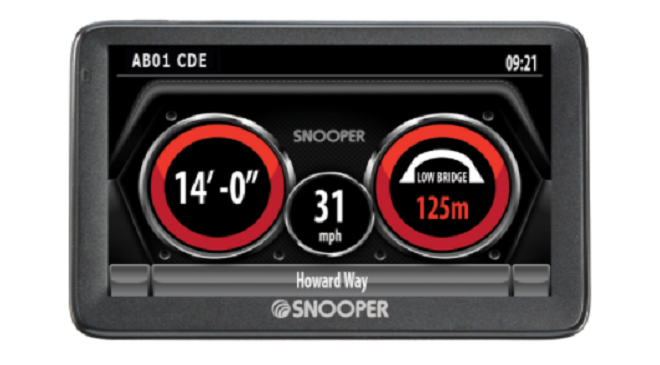 The driving electronics specialist, Snooper has launched a new device to help prevent the almost 2,000 bridge strikes that take place in Britain each year.

According to data from Network Rail, 1,926 bridge strikes occurred across the network of railway bridges nationwide between March 2018 and March 2019, of which HGVs accounted for 68% of incidents.

To help prevent this prevalent issue on the roads, Snooper has released a new device called the Truckmate Bridge-Saver.

The Bridge-Saver is a new warning system, specifically designed to alert drivers of large vehicles when they are approaching impassable bridges or tunnels.

Phil Jones, Head of Sales and Marketing at Snooper, said: “Bridge strikes have become a frequent and costly problem for motorists across Britain. In the last 12-month period, bridge strikes, recorded by Network Rail, resulted in over 200,000 minutes of railway delays and cost £16 million.

“But on top of that, these types of collisions can cause issues for road traffic, pedestrians and railway users, such as serious injuries and even death.

“We believe that the number of bridge strikes has been on the increase in recent years due to many truck drivers opting to use their smartphone for navigation rather than a specialised truck sat nav. With this in mind, we wanted to create a simple device that would allow truck drivers to keep using their generic map apps but with added protection against bridge strikes.”

The device has a small but easy to read five-inch screen that displays a red warning when an upcoming bridge is too low for the vehicle to enter. The display also features a speedometer to provide an accurate speed of the vehicle through the internal GPS antenna. The device costs just £99.99 from gb.snooper.eu.

Mr. Jones said: “While we have created this device to provide additional assurances to those using generic map products, we would still recommend using specialist equipment.