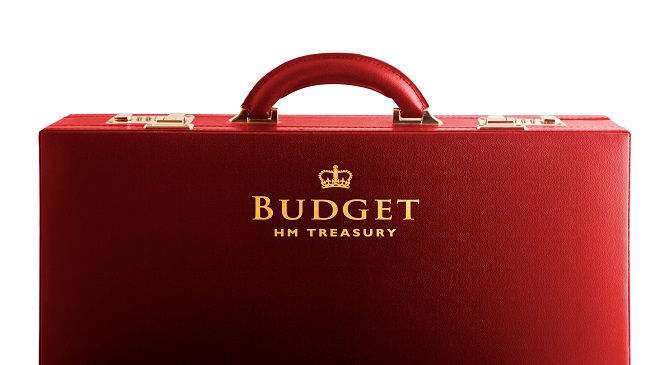 Chancellor Sunak’s promised £65bn spend, at the expense of a new 25% corporation tax, is simply robbing Peter to pay Paul. It’s not enough to save many SME retailers and manufacturers, cautions the home delivery expert ParcelHero

The unprecedented national debt created by the impact of the Covid pandemic means Chancellor Rishi Sunak could not produce the Budget to save many struggling SME businesses, fears the e-commerce expert ParcelHero.

ParcelHero’s Head of Consumer Research, David Jinks MILT, says that record £270bn borrowing needed to pay for the impact of Covid-19 has shackled the Chancellor’s hands. The £65bn additional spend revealed in the Budget is balanced by a new 25% corporate tax rate and won’t be enough to save many smaller businesses.

‘It was all-too obvious that, despite the £65bn the Chancellor claims to be spending, there was not enough cash to splash to save many businesses. Today’s Budget was a start, but much more needs to be done now to save independent local retailers and small manufacturers struggling with the double jeopardy of Brexit and Covid. High Street restaurants and pubs are now drinking in the last-chance saloon bar.

‘Looking at the measures Sunak has introduced, there are undoubtedly some strong initiatives, such as the extension of the furlough scheme to September that could save thousands of jobs. On the other hand, there will be new employer contributions to the scheme. In addition, the rapid phasing-out of full business rates relief will be grim news for many retailers.

‘The rise in corporation tax, from its current level of 19% to a higher-than-expected £25% from April 2023 will help plug the hole in the nation’s finances. However, is now really the time to start rebuilding the UK’s coffers at the expense of business? No matter how delayed, manufacturers and retailers are already struggling under the burden of Covid.

‘The increased corporation tax will also do nothing to encourage European companies looking to create UK arms to maintain a relationship with Britain post-Brexit.

‘The extension of the “holiday” on business rates for retailers and other SME businesses until the end of June has been widely welcomed, though less generous discounted rates for the rest of the year are disappointing. The holiday also simply kicks into touch the real issue: Britain’s business rates are horrific. They are higher than in any nation in the EU. There needs to be a new solution, potentially one in which the property landlord, rather than the business occupying the premises, pays towards rates.

‘Offsetting business rates with a threatened new 2% tax on e-commerce sales will simply leave many retailers paying double taxes and will further endanger many of our favourite stores.

‘The £5bn restart scheme for High Street shops and hospitality firms in England is welcome news. It could be worth as much as £18,000 per firm, which will help many to reopen after lockdown. However, the impact of Covid means unpaid business debt will double to more than £8.6bn this year, according to figures released today by The Insolvency Service. The new scheme won’t come anywhere near covering the true price of the pandemic on indie retailers.

‘The news that non-essential retailers will only qualify for grants of up to £6,000 will also disappoint many business owners.

Help to grow may wither on the vine

‘Many jobs will be saved by the extension of the furlough scheme to the end of September, but the fear is that it is just postponing the inevitable for many more. Once the scheme ends, SME retailers and manufacturers will have to make the difficult choice about how many people they can retain while they fight to get back on track. It may simply push a new wave of redundancies back to later in the year.

‘The news that businesses will have to contribute 10% of employees’ salaries in July and 20% in August and September is an unexpected extra cost.

‘The Chancellor has nibbled around the edges of the huge tax burden facing businesses, large and small. The news that the reduced 5% rate of VAT for the hospitality sector will now continue until September is, of course, welcome. The following interim rate of 12.5% less so. Many manufacturers and retailers had hoped that Brexit would free the UK to set its own VAT rates and the Chancellor would grab the chance to reduce VAT on many goods to encourage consumer spending.

Any freeport in a storm

‘ParcelHero supports the concept of freeports as a way of reducing the red tape and delays at UK borders and encouraging local logistics businesses and services. In the eight new freeport areas announced, no duties will be charged on goods or materials until they leave the zone and none if they are then re-exported. That could mean virtual tariff-free manufacturing and exporting for companies established within the secure customs zones.

‘That’s great news, but only really serves to undo the self-imposed damage created by Brexit. Before we left the EU, there were no tariffs to pay on materials arriving from Europe and no need to create an exempt area.

‘While there was also the promise of new spending on ports infrastructure, “underwater hubs” and rail centres, ultimately, this was a Budget that was big on ideas but strapped for cash. The pressures on spending meant there was simply not enough cash behind it to save many of the UK’s SME manufacturers and much-loved smaller retailers, restaurants and pubs.

‘SME businesses struggling with their own budgets can make significant savings by comparing the delivery costs of all the major UK courier services at  https://www.parcelhero.com/en-gb/uk-courier-services