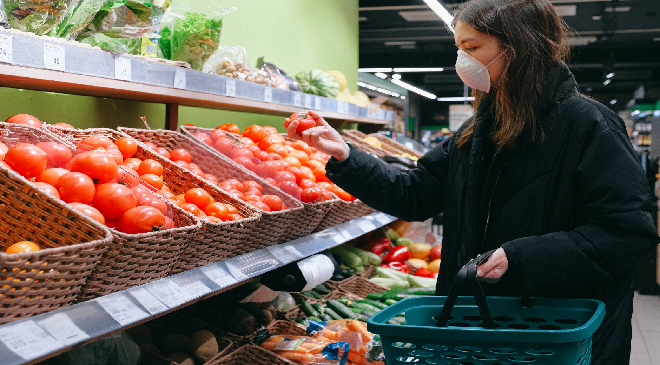 Sales of groceries in the UK in March beat all previous records as shoppers stocked up for a long period at home, according to consumer analysts Kantar.

The busiest spell was 16-19 March, when 88% of households visited a food store, adding up to 42 million extra trips across four days.

In the last four weeks, year-on-year supermarket sales grew by 20.6%.

Kantar’s Fraser McKevitt said £10.8bn sales in the past four weeks were “even higher than levels seen at Christmas”.

The figures have mainly risen because of people making extra shopping trips, rather than spending more on each visit.

The average household spent an extra £62.92 during the past four weeks, equivalent to adding five days’ worth of groceries.

London had the biggest increase, with grocery spending up by 26% during the month.

Mr McKevitt added: “It’s inevitable that shoppers will add extra items to their baskets when faced with restrictions on their movement.

“With restaurants and cafes now closed, none of us can eat meals on the go any longer and an extra 503 million meals, mainly lunches and snacks, will be prepared and eaten at home every week for the foreseeable future.”

Online grocery spending was 13% higher than in the same period last year.

There was also a rise in spending for families with children over the age of 16, which is likely to be down to the youngsters returning early from college or university. Those families spent £508 on average on groceries in March, £88.13 more than they did in the same month last year.

Supermarket spending data from analysts Nielsen showed that in the week ending 21 March, many shoppers had filled their cupboards and instead were deciding to stock up the freezer.

Its figures showed that sales of frozen food that week rose by 84% compared with the same period last year.

Nielsen’s Mike Watkins said there had been a “seismic shift in overall shopping patterns”.

He added: “Unlike stores, there is a finite capacity for online grocery shopping, due to warehouse capacity and available delivery slots, and this will have limited the growth of online sales.”