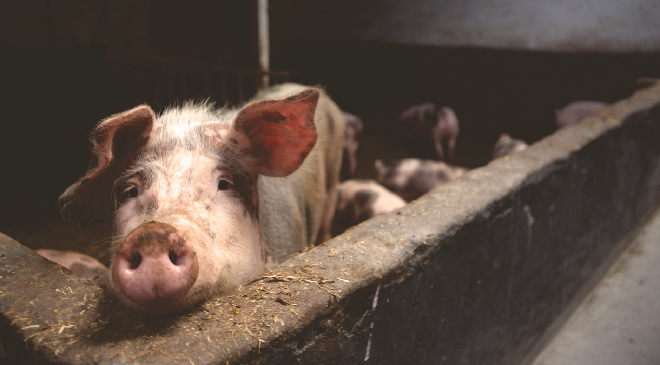 Growing demand for pork could push global prices to record levels as the effect of African swine fever (ASF) in China is forecast to continue well into 2020.

The latest ASF assessment by analysts at lender Rabobank suggests almost half of China’s herds will be lost as authorities struggle to control the disease.

To fill the void, Chinese pork imports increased by 12% between January and June 2019 and this has helped draw up export values.

Ms Wilkins said the Chinese government had announced this week it would be encouraging further import growth to stabilise escalating domestic pork prices.

“It is probably too soon to see a knock-on uplift at farmgate level. However, this is certainly possible in the future,” she suggested.

“China’s government won’t buy in pork at any price and it is increasingly importing alternative proteins like beef and, in particular, chicken,” Mr Crichton said.

“Reports from within China are pointing to a government-backed surge in the number of poultry houses under construction,” he suggested.

“The pig industry should expect growing competition from poultry, which has a 36-day lifecycle and can escalate production much more quickly than pork,” Mr Crichton added.

This jump means it stands almost 5p/kg above the same time 12 months ago and 5.5p/kg higher than the five-year average.

This was the largest weekly increase since July, and more than compensated for the slight decline last week, according to AHDB Pork.

However, despite the latest rise, the UK price still lags well below many of its EU competitors as some countries have capitalised on the situation in China.