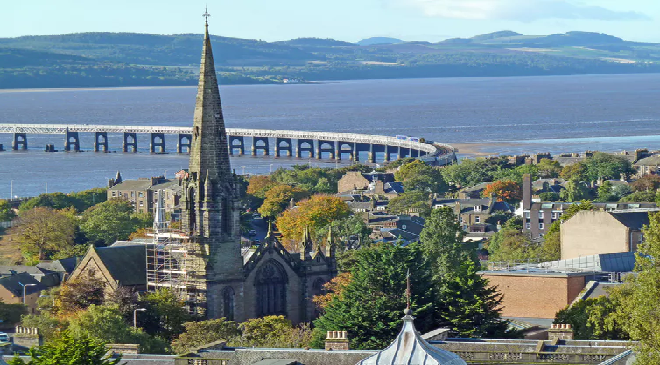 Dundee has been awarded recognition for a plan to become a “Living Wage City” as part of a wider pledge to tackle low pay poverty.

Dundee’s plan is to pay all workers the voluntary living wage – which is significantly higher than the Government’s pre-set hourly rate. Various employers in the city have launched an a campaign setting out how they will work together on “Making Dundee a Living Wage City” in partnership with Living Wage Scotland.

It will become the first city to adopt a new, place-based approach to driving uptake of the real Living Wage by local businesses.

More than 50 Dundee employers have already voluntarily committed to ensure all their staff and subcontracted staff receive a real Living Wage of £9.00 an hour, instead of the Government minimum of £7.83.

“The significance of the Living Wage cannot be overstated. Evidence shows that paying it leads to increased productivity, better morale and lower sickness absence. It also demonstrates to the world that an organisation is committed to treating its workforce well.

“While Scotland is making good progress in becoming a Living Wage nation, and punches well above its weight in terms of the proportion of people paid at least the Living Wage, more remains to be done. The Scottish Government is committed to doing everything in our power to put fair work and equality at the heart of our labour market.”

John Alexander, Leader of Dundee City Council who are part of the alliance said: “In Dundee we are incredibly proud to be championing the real Living Wage and implementing this new approach to encourage more local businesses to pay the real Living Wage.

“The city council is one of the largest Living Wage employers in the city, ensuring that all our workers receive a fair day’s pay for a hard day’s work.

“I am aware that there is still more to do and we will work with partners to encourage and support more employers in the city to pay the real Living Wage.”

Lynn Anderson, coordinator at Living Wage Scotland said: “We are delighted to launch the ‘Making Living Wage Places’ scheme and recognise Dundee as the first city in the UK to adopt the approach.

Peter Kelly, director of the Poverty Alliance, added: “The commitment of this alliance of employers to the people of Dundee is hugely exciting. We look forward to working with them on making Dundee a Living Wage city. We want to see towns and cities in Scotland work with us to put an end to low pay, and this is the first step on that journey.”