What happened to the ‘free trade agreement’? 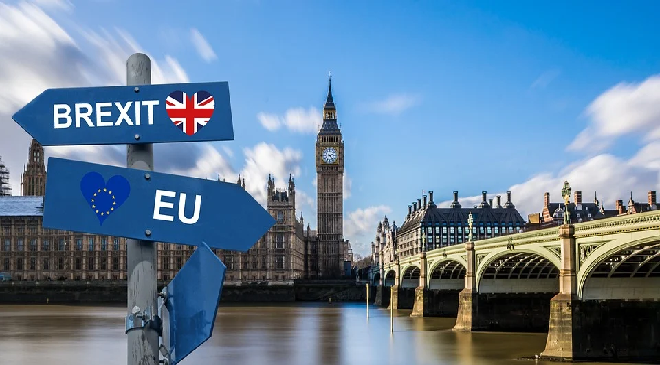 Boris Johnson claimed he had secured a ‘cakes’ Brexit deal, meaning Britain can have its cake and eat it. But the leading international delivery expert ParcelHero says UK shoppers are facing many unexpected charges. The Government must act or UK-EU shopping will collapse.

The Government has failed to warn shoppers buying online from EU sellers about new charges on goods or guarantee their consumer rights, says the international delivery expert ParcelHero.

It says that UK shoppers buying from the EU are now frequently faced with hefty, unexpected charges, because the so-called free trade agreement with the EU is far from free in many cases.

ParcelHero’s Head of Consumer Research, David Jinks MILT, says that many shoppers have been left entirely confused about whether VAT was charged when they bought an item online from an EU seller, or whether they must pay it when the goods arrive.

‘Even worse, the imposition of new customs duties of up to 25% on online purchases valued at over £135 has left many consumers baffled.

‘It’s no wonder the European Consumer Organisation (BEUC) is demanding that the EU, its Member States, and the UK clarify immediately what the Brexit agreement means for consumers when it comes to paying customs duties. We entirely back the BEUC’s call for action.

‘Thousands of packages are piling up because UK shoppers are refusing to take delivery due to hair-raising extra charges. This will have a knock-on effect on EU and domestic deliveries. The same is true across the Channel, with British goods stalled because of unexpected charges for EU buyers.

‘The problem of VAT is confusing enough. For goods under £135, the EU seller should charge the VAT at the point of sale; for goods over £135, the UK buyer pays the VAT at the point of delivery. If that isn’t confusing enough, EU sellers should have registered with UK Customs in order to pay back the VAT they charged on goods under £135. Many have not done so because of the vast amount of red tape involved. It’s all a huge mess.

‘To add a further twist to the VAT shenanigans, if the item was purchased through an online marketplace such as eBay or Amazon, it’s the marketplace itself that is responsible for charging and reporting the UK VAT. Confused yet? Some shoppers have ended up paying 20% VAT twice.

‘VAT is just the tip of the iceberg. There is an even bigger potential charge that is now becoming obvious. Despite the fact that we supposedly have a free trade agreement in place, new customs duties are being demanded on hundreds of goods valued at over £135 that were bought from EU sellers.

‘The Government trumpeted its ‘free trade’ agreement but entirely failed to warn Brits shopping online with EU sellers that there are now duties of up to 25% to pay on many goods bought from EU sellers. British importers are not supposed to have to pay customs duties on EU-sourced goods, but the final Brexit deal entirely failed to cover the thousands of items sold to UK importers sourced from outside the EU. In fact, even if just a few components inside the product originate in a non-EU country, such as China, the product might well fail to qualify as an EU-produced product and will be hit by hefty duties.

‘Goods moving between the EU and UK can only qualify for zero customs duties if they meet the terms of the ‘rules of origin’ agreed in the Brexit deal. Therefore, the item must either have a statement of origin from the exporter, showing where all its components were sourced, or the importer must prove knowledge of their origin. If its source can’t be proved, the items will be hit by potentially sizable tariffs. The situation is mind-boggling.

‘There’s further bad news for the UK’s beleaguered online shoppers. Unfortunately, under the Brexit deal, it’s now really difficult to claim money back from the EU-based seller if there is a problem. The UK was forced to leave the excellent ODR (Online Disputes Resolution) system following Brexit. Consumer Centre UK, the body now supposed to mediate in consumer disputes with EU sellers, seems largely toothless, as it is unable to act against companies.

‘Furthermore, the Centre acknowledges that, just because a website has a “.co.uk” address, this does not automatically mean the trader is based in the UK. Neither does a UK telephone number mean that the company is British. That means shoppers could be buying from an EU store without even knowing it and face unexpected taxes and duties. That is a ridiculous situation that must not be allowed to continue.

‘The Government needs to give clear advice to UK shoppers and importers now, give the Consumer Centre UK some teeth and, ideally, introduce a six-month waiver on proof of origin requirements until the details of this rushed and flawed agreement are properly ironed out. If not, British shoppers will be too scared to shop in the EU and will miss out on thousands of products in the future.